The reign of Queen Victoria (1837-1901) cannot be defined by a single architectural style. Victorian designers incorporated a profusion of influences from historical periods and cultures around the world that so captivated the Victorian imagination.

The Victorian era was dominated by industrial and civic building projects on a vast scale. Not only do we see a profusion of new builds constructed for residential and commercial reasons but earlier properties were extensively remodelled in the Victorian style. The legacy of Victorian architecture on the landscape today.

The inspiration behind Victorian style

Victorian architects instigated a departure from reliance on the rules of classical design. No longer regulated by Georgian principles of Palladian design Victorians designers developed their own styles incorporating a variety of inspirational sources.

The Victorian fashion for Italianate architecture was their response to Classicism. It remained in vogue, particularly in Victorian country house designs until the idle of the century. While other Victorian architects, notably Pugin looked retrospectively and nationalistically for inspiration in the Gothic tradition. Proponents of the Arts and Crafts movement celebrated the artistry of craftsmanship.

Victoria’s reign coincides with the height of the British empire. In Victorian design we see a taste for exoticism with design influences from the orient, Egypt and India introduced into interiors. Thomas’ Cubits Durbar Room at Osborn House provides an example. Architectural styles proliferated outside of England to the USA.

The nature of high status buildings, ones that architects build their reputation around, also changes in the Victorian period. Architects that might previously have earned their reputations on grand houses and private estates turned their attention to public and industrial buildings with the same diligence and attention to moulded details. The architects behind these Victorian high status builds also constructed residential commissions so their designs feature within our joinery collections. 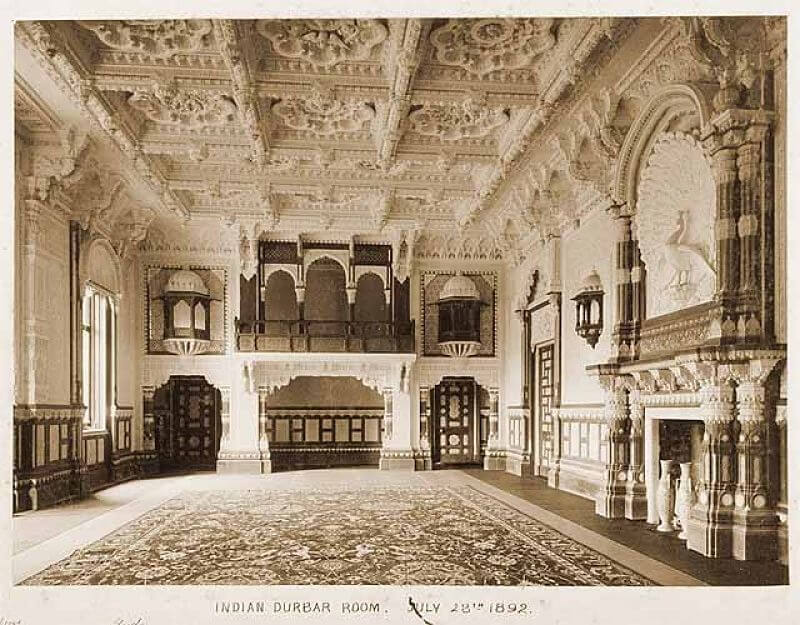 Osborne house, Queen Victoria’s summer retreat house. Built 1845 – 1851 built by Thomas Cubit to Prince Albert’s designs. Italian renaissance style with additional wings added through to the 1890’s the later including a strong expression of inspiration from India with Murgal and Hindi designs incorporated in the Durbar Room pictured above.

Architecture as a profession is born in the Victorian period

Architecture as a profession is largely a Victorian creation cemented by the formation in 1837 of the Royal Institute of British Architects. Its first president Earl de Grey, designed his own Wrest Park, Bedfordshire in French Baroque style. The role of developer and surveyor becomes distinct freeing architects to experiment with new design and techniques. The designers of many 19th Century houses were anonymous in-house architects working within design houses such as that of Thomas Cubitt. Cubitt himself built large parts of Belgravia and Pimlico in London as well as Osborne House. Those that are remembered are for the higher status projects.

Victorian industrial architecture riding the crest of the wave

By 1840 the industrial revolution was progressing at full steam. Its profound effect on economy, society and culture are written into the architecture of the time. The scale of the construction boom was vast.

The railways were a high profile exhibition of architectural prowess in scale, innovation of materials and techniques, and in the embellishment and design (see example of our joinery from Liverpool Station).They were also a means of transportation for architectural materials which enabled even larger scale building works. Relaxation of the window tax cleared the way for the use of glazing in building projects. New building materials produced on a mass scale included wrought iron. So we see construction of cathedral like glass houses at Kew Gardens by Decimus Burton and Richard Turner and Crystal Palace, by Joseph Paxton. 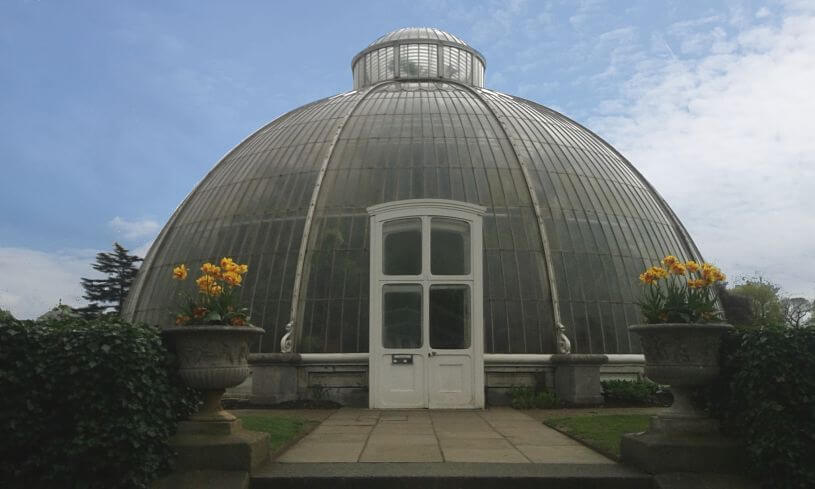 Scientific knowledge was advancing a pace and challenging religious norms. The publication of Darwin’s “On the Origin of the Species” in 1859 accelerated a process already underway. As part of its response the Church of England instigated the great Victorian Restoration, a huge programme of building new churches. With new buildings constructed across the country and earlier churches refurbished according to Victorian taste the Gothic revival emerged as the preferred architectural style.

The wealthy of the Victorian period continued to commission extravagant country houses, as had their predecessors. Beautiful examples include Osborne House by Thomas Cubitt, Clivenden by Charles Barry, and Goddards by Edwin Lutyens.

The 19th Century also saw the continued expansion of mass residential architecture across the country. This urban expansion of Victorian squares, terraces and estates included the Cubitt brothers’ development of Bloomsbury notably Gordon Square and Tavistock Square, and large residential developments in Belgravia centred on Belgrave Square and Pimlico including the north and west sides of Eaton Square.

The Victorians vast and socially inspired programmes of municipal and civic building included everything from hospitals and workhouses to town halls, libraries and universities. The creation of civic buildings elevated the status of both benefactors and architects. Even buildings designed for uses that we now consider utilitarian were elaborately decorated and embellished for the edification of their users with the same attention to detail as high status residential architecture.

The Victorian’s attention to detailing and embellishment applied on such a wide scale has had a lasting impact on our architectural heritage and the aesthetics we come to associate with British architecture. Some of the architects behind our collections have been remembered for their contribution to large scale developments and the grand institutional and civic buildings that we associate with the Victorian era, an era of social conscience inseparable from design. 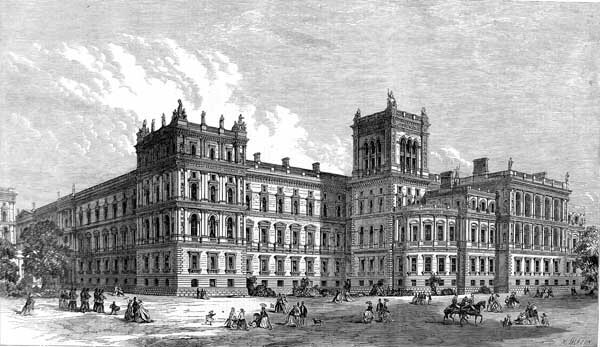 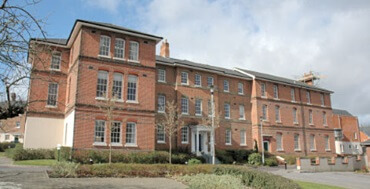 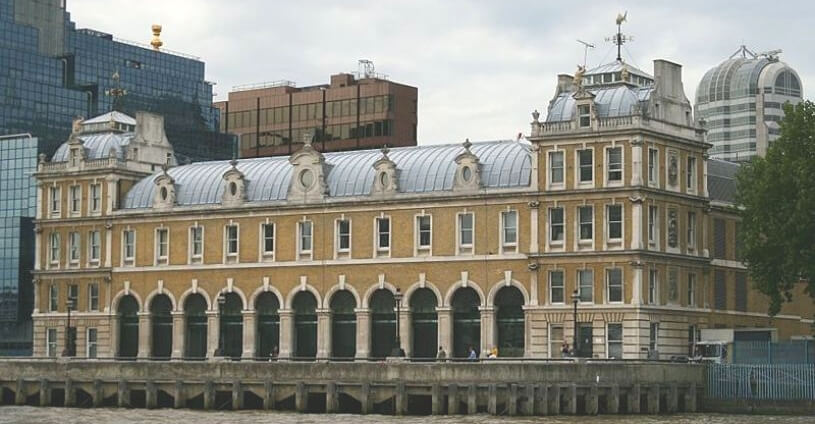 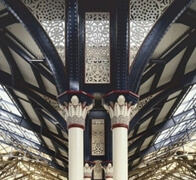 Designed by Edward Wilson, Liverpool Street Station is one of the finest examples of Victorian railway architecture in the country. The iron and glass vaulting reminded people of ecclesiastical architecture and the station was dubbed ‘the Dark Cathedral’. Our product VDA0086 is an 1875 example of beaded Dado rail from one of the grand Gothic inspired offices.

If you would like to discuss our Victorian collection and are looking for advice on how to incorporate any of these products in a project please do not hesitate to contact us.