Pell Wall Hall, a Regency house in Shropshire, was Sir John Soane’s last residential commission, completed in 1828. He regarded it as the culmination of his life’s work. In 1986 the house was gutted by fire with the near-complete loss of all the internal detail. Over the next fifteen years and with the aid of a £1m grant from English Heritage the house was made watertight, yet remained largely untouched until its purchase in 2010 by the current owner.

Atkey and Company was appointed by the new owner to advise, design and manufacture of all the timber mouldings, doors, door linings, window reveals and shutters that are now installed. Original lost details have been replicated and reinstated across each of Pell Wall Hall’s three floors and basement.

English Heritage and the client were keen to see the interiors recreated with empathy for the high design details seen in Sir John Soane’s interiors. Meticulous research was aided by beautiful hand-coloured architectural studies of Pell Wall Hall interiors, dating from the early 19th century. 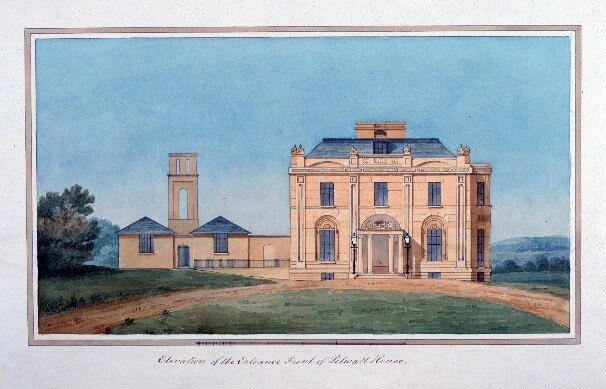 Atkey and Company’s designs were approved by English Heritage without alteration. Along with skirting, architrave and window linings through the house we also created glazed exterior doors, four-panel interior flush panel doors with a recessed bead moulding detail for painted use, and stained and lacquered four panel doors with and ebonised bead detail, and eight-panel window shutters. 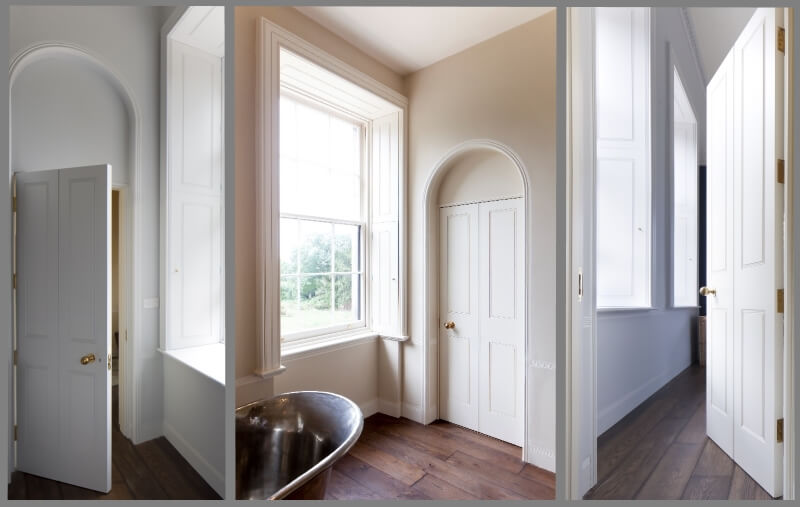