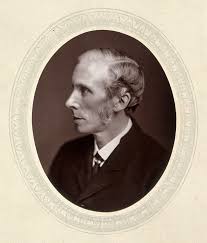 The Scottish born architect Richard Norman Shaw was the son of an Irish father and a Scots mother. A pupil of William Burn from 1849, he later travelled (1854–6) and published Architectural Sketches from the Continent (1858). Shaw joined Salvin’s office in 1856 before accepting (1858) a position with Street in succession to Philip Webb. He was influenced by A. W. N. Pugin’s writings, but most of all by Street: he acknowledged the latter as his mentor. In 1862 he set up in practice on his own, and then in 1863 with Eden Nesfield, specialising in domestic and commercial work, each influencing, but working independently of, the other.

Shaw made a huge contribution to the domestic architecture of late-Victorian and Edwardian England. He designed churches, commercial buildings and urban houses, and one major public building New Scotland Yard working plentifully in London, where he lived. A brilliant draughtsman, he explored a range of styles, but it is for his country houses in the Old English manner and his urban Queen Anne style that he is best known. Deriving inspiration from 17th-century vernacular buildings, Shaw shaped the direction of 1890s Arts-and-Crafts architecture without being an architect in that idiom; Barnsley, W. R. Lethaby, E. S. Prior, E. J. May and Ernest Newton worked in his office. Lutyens was his artistic heir.

Modest and self-effacing, Shaw was engaging, generous and witty. His capacity for work was considerable, although he long suffered from poor health. After he retired in 1896, the London County Council asked him to advise on urban design, and, from 1904, he was consultant architect in the plans to rebuild the Regent Street quadrant and Piccadilly Circus. The compromised result of this project broke his reputation and morale. Shaw’s work is still imitated today, in stockbroker Tudor mansions and suburban housing from the UK to the US.

Although his name is synonymous with Englishness in architecture, Shaw was, in fact, born in Edinburgh. In 1846, his widowed mother moved the family to London, where, from 1849–54, he worked for William Burn. He took evening classes at the RA’s architecture school, won silver and gold medals, and, in 1854, set off on a travelling scholarship to the Continent, drawing Gothic cathedrals and churches, and later publishing Architectural Sketches from the Continent (1858).

Shaw explored two separate architectural directions: the Gothic revival of the Ecclesiological Movement, and the picturesque domestic style of the English vernacular. Early on, he was an ardent Goth; among his youthful perspectives were designs for fantastical organs and a Burges-inspired set of bookshelves. The architect G. F. Bodley was his hero, and R. C. Carpenter’s St Mary Magda-lene in Munster Square (where he worshipped) represented his perfect vision for a church.

In 1859, after working for two years with Anthony Salvin, Shaw became principal assistant to the great Victorian Gothic revival architect G. E. Street. From Street, he learnt much about church building and the drama of interior space, and went on to build 16 churches, including Holy Trinity, Bingley (demolished 1974). His All Saints Church at Leek, 1887, was the great ecclesiastical work of his maturity.

The other strand in his early development drew on the Wealden vernacular, already
a source of inspiration for architects such as Salvin and George Devey, and the Penshurst Set and Cranbrook School of landscape and genre painters who were Shaw’s first important clients. In 1862, having set up on his own, Shaw went on a sketching tour of Sussex with his friend William Eden Nesfield, and it was when the two shared an office in 1866–69 that they developed their Old English style.

In the 1870s and 1880s, Shaw principally built houses for the early commuter generation of brewers, lawyers, brokers, iron-masters and Academician painters, houses such as Willesley near Cranbrook (1865) and Glen Andred at Groombridge (1868).

In London, Shaw infused his Old English style with elements of the red-brick ‘Queen Anne’ pioneered by architects such as Webb and J. J. Stevenson in the early 1870s. Low-ther Lodge of 1875 (now the HQ of the Royal Geographic Society) is a notable example. Shaw’s Queen Anne buildings combined modern materials and construction methods with authentic 17th-century town-house motifs.

He used a freer, leaner manner for his artists’ studio houses in Kensington and Hampstead, and for his own house at 6, Ellerdale Road. For commercial architecture, Shaw created picturesque compositions such as his flamboyant Alliance Assurance Building in St James’s of 1882 a highly influential building, with dynamic polychromy and strong Franco/ Flemish overtones that inspired florid pubs and turreted banks all over the country.

In the late 1880s, following illness and a period of reflection, he increasingly embraced Classicism as the appropriate style for an imperial age, looking back to the spirit of his revered RA tutor, C. R. Cockerell, and the work of Jones and Wren. This period of greater formality produced his symmetrical Bryanston House in Dorset (1894), the second Alliance Assurance building in a Mannerist Classical idiom (1905), and a number of restrained yet characterful exercises in the Georgian revival, such as Kentish Town Police Station (1896).